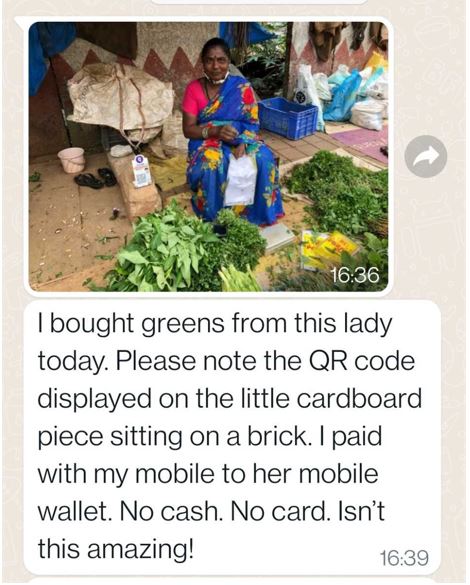 For much of last year India was the top major stock market, and remains the best on a twelve-month basis, the main index up +9%: not bad, we look at why. While less exotically the lags in global markets, when the macro picture is changing rapidly, are getting tough to navigate. Too many fund managers and Wall Street analysts simply don’t change, when the facts do.

First to India, in Premier Modi’s time in office it has gone from the tenth largest global economy to knocking on fifth, which is now predicted for 2027.

If true it will have overtaken a lot of Europe on the way. It is also already the fourth largest global stock market.

Welfare – and Highways in India

It has done it in part by two great leaps, firstly to take the millions of poor onto a national database for the direct distribution of welfare, creating the fastest monetisation of a society in history: the type of simple, big scale computerisation that works. It allows vast, complex, nimble schemes, both for welfare and tax, to be executed without a morass of red tape and civil servants milking them. The cash, meanwhile, gets right to the app of the men (or importantly as often) women who need it. Secondly it has taken a once Federal system, at least in commerce terms and unified it, creating a true single market. Neither seem that big, but both were critical steps. Remember how fond we were of the European Single Market? This one is twice the size.

While on the ground, the highway network has expanded by 50% since 2014 and in the air the number of domestic air travellers has doubled, air freight is almost as fast growing. A great deal of this is built on the IT sector, which has doubled in the last decade, and was already pretty big.

India seems to have achieved all of that while cutting oil consumption (per unit of GDP), and while racing ahead with the renewables it is so well suited for. It is also as we now know, one of the world’s big grain, especially wheat, exporters.

Some patches of India excel, others not so much

Stock market performance has been good over that time too. I went to kick the irrigation pipes in Modi’s Gujarat, before he got the top job. I liked what I saw; they were colossal and the vision to take them far inland, well away from current irrigation, spoke of a great ambition. The co-ordination and mechanisation spoke of good (and rather un-Indian) execution. It was a shock, when in Bengal at that time, I felt it was mired in politics, with too many huddled and piteous masses, inhabiting another century. But the West and South of the country were different; Bangalore was already aping Silicon Valley, albeit with traffic congestion to match.

That has kept going, tough reforms, enacted on a big scale were needed, and have been provided. But for markets, especially for the ex-colonial power, it has not been easy. Modi is a populist, he tore up the Mauritius tax treaty, introducing CGT to offshore investors, re-wrote the tax law to force Vodafone India into a billion-dollar insolvency, and had to have national assets embarrassingly repossessed, before paying Cairn back an unlawful billion-dollar tax heist.

The other big risk was that the park was overrun by unicorns, and it was (and is) hard to know which will flourish, exploiting this vast unified fast-growing market (the OECD say the fastest growing large economy this year) and which will get foot rot in the monsoon floods.

While some of that was also funk money from Silicon Valley, which may now return to base, as the NASDAQ valuations fold, and indeed from China, which still remains in a different universe.

The history of jumping on (or falling under) Indian juggernauts, is not that great either. Racy IPO valuations falling to earth, have been painfully apparent.

But perhaps India will indeed come up like thunder, outer China, ‘crost the bay*.

Now to Stock Markets – in a word, Horrible.

We are having the normal churn, as a lot of vested interests and ‘long term holds’ get destroyed and no one seems to know where the lags are, in either debt or equity markets; a toxic mix. Certainly not company management, and therefore not the big lines of “analysts” often printing corporate client forecasts on fancy notepaper. Odd how so many research teams think the FD they diligently talk to has a clue. They do eventually (one hopes) but day to day, week by week, not really.

The finance team in companies

The finance team sits at the end of long and confused reporting lines, stuffed with dud AI (especially on inventory), and with no handle on returns, credits or sudden weather spikes. Knowledge? No, not much. While on top of erratic demand, their supply chains are like using a rubber band to pick a lock – all over the place and unpredictable, and remarkably elastic. Trouble is what you ordered, the currency, the freight costs and arrival dates are all plus or minus quite a lot. Fine if you can sell all you land, at any price, not so good when others have too much stock too.

Try picking a reliable single digit margin, out of that morass.

So, when rates and demand shift fast, forecasts simply melt away. Valuations don’t really change of course, but market prices do, and that’s when you need to clearly know fundamental values. The rest is froth, just crypto analysis, not the real thing.

So, markets that rely on earnings forecasts quarter by quarter, could go just about anywhere, because no one knows.

For me, now is the time to buy cheap quality, with a yield, but otherwise just watch the spectacle from the sidelines.