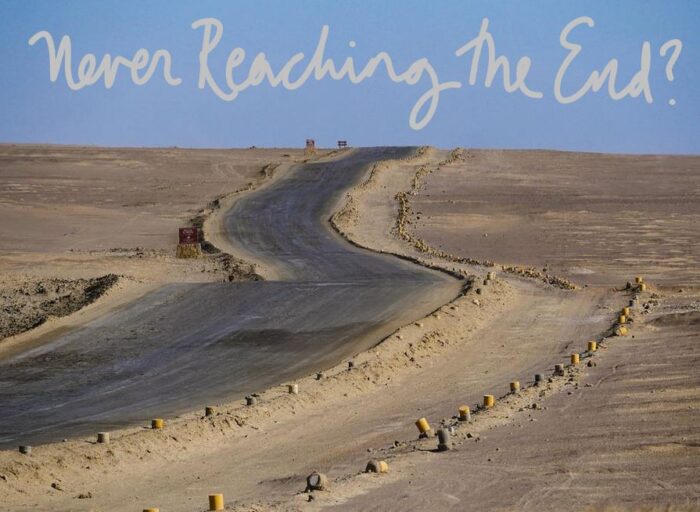 This market turmoil feels interminable, as asset markets stumble to find a firm footing and churn relentlessly. Instinct says that’s a time to buy. But there is so much happening, as this multi-year trauma unwinds, it is quite hard to know what.

Although we try to segment it, the key problem is the terrible dishonesty of politicians, who have bullied their citizens into an unthinking reliance on institutionalised theft on a grand scale and a belief that nothing really matters, as long as you have a press release to deflect it.

IT IS ALL STILL COVID

So, working through piles of annual accounts, as a pleasant distraction, (I have always enjoyed history), the one repeated theme, is of shrinkage, under investment, caution. This, in a way, is natural because COVID reset two years of global production, and indeed destroyed large areas of output and services. Which also makes it terribly hard to understand what “normal” is now.

Not helped by the piteous vagaries of those craving spurious accuracy. Big banks and resource companies seem overall just to want to carry on shrinking, which is odd as their results seem very good. But they are not. All that has happened is they took big write offs and reserves in 2020 (which were not needed) and that then reversed in 2021. However, the underlying business volumes fell, the trend to more disposals than acquisitions was unremitting; these are shrinking businesses.

To the populists who believe higher taxation lowers inflation (are they mad?) and indeed, to market commentators, this looks good, but it is really not, productive employment is shrinking too, workforce participation is not roaring back.

And with inflation we will again see plenty of “top line beats” or rising revenue, but that too is an illusion. And indeed, raised dividends. For example, Shell now proudly offers a 4% dividend rise, as if that is generous; last decade it was, but not now.

That is now a real dividend cut.

As we struggle with a badly damaged global economy, government policy is unremittingly wrong-headed: you wonder what we could do worse than the vast debt fuelled bubble after COVID?

But then we stumble on the idea of doubling or trebling domestic fuel prices. We do this to punish big energy exporters like Saudi Arabia and Russia. Only a simple clown could believe that will help us, and only a child-like vandal, that it will halt Russian armies. We take our own possessions out and smash them on the street, like voodoo dolls, because we are hurting and want others to hurt too. Nuts – it is tearing our own clothes in blind anger, but we ourselves are not the enemy.

Meanwhile, underneath all this noise, is the game up?

Is the expansion we have seen for two decades based on cheap Asian product imports, and low interest rates fuelling inflation in non-traded goods now done? The non-traded category is everything that can’t be shipped in. Land, services and the like that must be consumed, where they are provided. Although with that went quite a lot of imported labour consumption too, of course.

I keep wanting to write positively on China, but I simply don’t know. Is their COVID winter politically sustainable? Is it a massive pivot back to a closed state? Was the aberration their great expansion, and they are now reverting to being a hermit kingdom? Instinct again says no, who would reverse the greatest success story of our time? But evidence the other way just slowly piles up. Another giant nation seems slowly to be sliding towards belligerent stagnation.

And so much went crazy with the toxic mix of low interest rates, and excess liquidity. We may at last have learnt that if you have a blocked pipe, spraying it with gold is not a remedy. The pipe stays blocked, but everyone gets flecks of gold on them. Better (and cheaper) to hire a plumber.

We certainly don’t see the recent bubble implosion reversing, for all the bluster, crypto, and concept stocks, feel to us like a long term drag on the indices, remorsesly lower.

The turn feels to be more likely in bonds. The fight is between a shrinking set of outputs, but rising prices and apparently rising consumption. As long as policy blunders persist, and they show no sign of ending; then the upward pressure on rates will also persist.

But we doubt that any conceivable interest rate rise can solve this inflation. In short, the fire must burn itself out or at least no longer be stoked up.

In which case posturing about a long run 2% 3%, or 5% rate is really guesswork. But that’s the big question. If it is 3%, we are already there, but there is no great market conviction on that. At least the belated but long inevitable addition of the Europeans to rate rises, should take some heat off exchange rates.

What about Boris? I was quite surprised at the swift and co-ordinated move to a no confidence vote. The Tory party is rubbish at a lot, but plotting it does do rather well. And also surprised at the vote itself. The rebels can not win, without a candidate that both factions like, that is the real Tory party and this odd “Cameron light” lot in Downing Street. Of course, Boris himself is already largely that candidate, talks right, acts left. Which means all sides hate him, but neither can replace him, for fear of the ‘wrong type’ of fake instead. Just what you want to be, you will be in the end.

There was also a fair bit of bile, stirred up by the media, and rather infecting what are loosely called the “activists”, who are anything but, but do bend their MP’s ears. They just want to dislike Boris and his lack of scruples, but also like the gifts he brings them.

They don’t want local trouble, so enough of those MPs voted against him, to keep their local associations happy. If that “terrible man” stays in office, they can at least claim they did their bit, but ‘others’ then let the side down.

Will Boris last up to the election?

Our core belief remains Boris stays in power long enough to hand over to Keir and Nicola. But perhaps we have rather less conviction than last week. We thought Keir was more likely to be in trouble, but perhaps the Tory plotters could be desperate enough to finally agree on a candidate? Either way this is now a lame duck UK government.

But then like markets, outside events may rescue it, it’s just we really can’t see how at present.

As for where to consider investing? Our MonograM momentum model loves the dollar, for sterling investors and for USD ones, increasingly just cash, and decreasingly the S&P, so long the global refuge.

But that is in no way a recommendation, just an observation; more detail on our performance page.