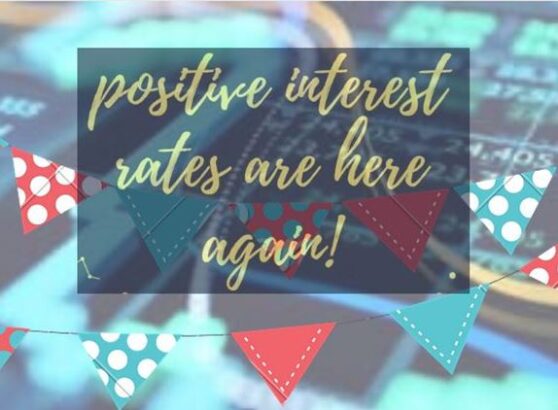 A return to the real world, where money has a time value is a great achievement. Inflation is after all transitory. At long last the most important of all price signals (interest rates) can break free, allowing for growth to resume. That is a cause for optimism.

Let’s look at the basics and start with food and fuel. Cereals are a critical foodstuff; we should remember they are almost automatically in surplus. All the great famines in history have been caused by logistical and storage failures, not an absence of global grain. Nor is energy a problem; our self-imposed constraints on its use are. Those are political, not physical.

Inflation, as we all keep hearing, is a supply side issue, which if true will always get sorted by either demand destruction, substitution, or new supply. But sorted it will be. The good thing about energy and food is that they are universally available, we favour one source or another because of price, convenience, fashion or dogma.

So, at some point they stabilise, it all depends on where the greater political heat is from; currently most Western governments fear lost “green” votes more than high prices. Or indeed they may be simply locked into the Orwellian power surge of a foreign villain to fight, using young men’s lives.

However, history says that at some point jam tomorrow is less attractive to voters, than simply living today. We are not there yet. But either prices will ease, or we will ultimately take a pragmatic route and use our abundant low-cost resources.

These problems are not like microchips, with genuine supply issues; the extra chips simply don’t exist; extra food and energy supplies do.

For grain there are vast swathes of the planet where it could be grown and is not, from the field margin just over my hedge, to parts of every other continent, outside the polar regions. The rest of the neighbouring field has spring wheat, an early sign of switching (a winter wheat crop would have to have been pre-planted). Yields may not be great, machines may not be efficient, but that’s what price discovery does, if the cheapest producer drops out, the marginal one steps in.

In global terms lost planting land in Ukraine is trivial. And every year land is left fallow due to warfare or natural disaster, that’s why markets exist. As for Russian surpluses, they will simply get stored or eaten in the half of the globe, that does not think as we do.

So, prices will sort themselves out.

To reiterate, the big win is the defeat of the zero or negative interest rate world. The effect of that is quite tangible, in some cases: we won’t have insurance companies forced into a negative discounting of their liabilities anymore, nor will every defined benefit buyout be able to pretend there is no time value for money, releasing a fatal burden on pension schemes. Discounting will be back.

But the greater victory is against Government debt, the intergenerational horror of saying we can incur infinite debt for our children to pay down, because look, it is free! No more. Once more jam today means dry toast tomorrow.

Capitalism cannot work without price disclosure, and without prices, populism can roam free to destroy everything. At last, it is back in chains again, much as it yearns to fracture them.

The political price maybe high; I doubt if both Lagarde and Powell can keep their jobs. They still grandly support ever greater restraints on supply, almost as foolishly as they say they still believe interest rates won’t rise that much. An amusing deceit.

Ploughing through the accounts of Glencore, one of the big resource outfits, I realise just how much of their recent good fortune (and it is spectacular) is tied to Governments forcing producing assets off the market and reducing the operational efficiency of installed plant. Demand is up, but supply (so the tonnages mined) is down. The production restrictions are state imposed, but there is little desire to invest anew, while they exist. Indeed, the CEO earns a bonus both for high profits and also for low capital expenditure: a strange way round. A critical supplier for the energy transition, that wants to be smaller, a fine tribute to governmental mishandling of our world.

For all that we still don’t expect Powell to be that aggressive on rate rises; all along he has talked tough but acted soft, it is his comprehension of what “good” market communication means. Many of us have another word for it.

So, we do see rates as having risen too far, too fast, and they now need to stabilise, Powell’s talk and the market need to get back in line. Although the collapse of the Japanese Yen reminds us where the void lies too. And that a host of market decisions all really just come back to your faith in the US Dollar. While sterling has juddered lower at the whisper of cowardice by the Old Lady, but she has talked mild, acted fierce, the right way round, and I expect the UK to keep raising rates.

A Walk on Part in the War

While the UK political scene hots up, two factions in the Tory party are tussling for power, the populists and the realists. Both incidentally dislike Boris as a sell-out and will speak ill of him to the media.

The populists have done very well, loading on taxes and regulations and fluffy aspirations. And they have chanted fiercely in favour of pouring arms into a foreign war, simply because it is what gets approvals on Twitter. As if that ever ends well. Their new-found blood lust is extraordinary. So too is their fierce advocacy of fighting inflation with hand-outs, which is so 1960’s and known to be altogether futile.

The realists meanwhile seem to know that is the path to doom, but lack the nerve or confidence to say so outright. To eject Boris therefore requires two swarms of slightly crazed insects to coalesce, and in a mutual fury sting him fatally, then try not to destroy each other in a fight for the spoils. Are Tory MPs that stupid, mindless or incensed? Interesting question. I suspect like Powell they seek advantage in talking tough, knowing they can’t act.

While aware I may already be wrong as I write this, I feel compelled to say that I wouldn’t expect Macron, a realist, to fall before Le Pen a populist, but you never know.

So, I do feel we are, after a long wait, where we should have been after the GFC; if so that’s a great win for rational investing. It is odd, that one crisis (COVID) is treated with monetary excess, while another (Ukraine) with monetary tightening; to an economist the problems (supply destruction) feel quite similar, the responses feel oddly confused.

But as Churchill noted America usually gets it right, albeit after exhausting all other options.

Perhaps it now has?

Will the March lows now be re-tested?

In dollar terms that looks likely, but sterling investors remain well clear of that point. I suspect (for now) uncertainty is doing the real damage and making it too easy simply to stand aside. But a belief that yields are high enough would draw funds into US bonds (clearly is already)  and by definition, the currency. This oddly will then help US equities to find their feet.

That combination of forces, for now, has meant un-hedged S&P 500 has been a clear (and stunningly simple) winner in our flagship MonograM sterling strategy.

The model’s skill is in making that prediction, so that we were already correctly positioned, going into the year.

Our performance newsletters give comprehensive details of our portfolio month by month.