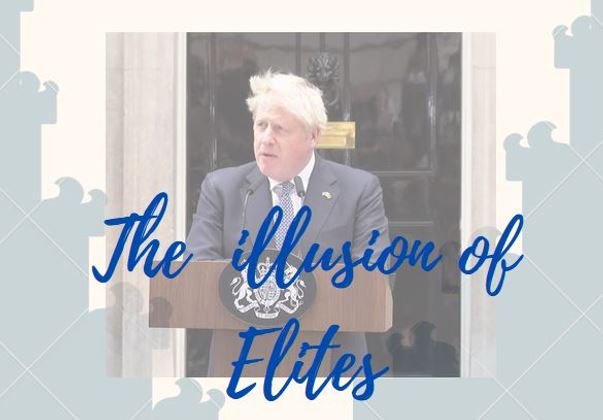 Boris finally quits: the loss of his Chancellor clearly made this inevitable. We also reflect on the London Quality Growth Conference, held in Westminster last month. It implies a very US bias, driven by two US universities, that seem to dominate much of UK investing and indeed public policy.

First as tragedy, then as farce

So, it is over. The absurd repetition of the same error and the same apology passed from tragedy to farce.

Clearly the belief that you fight inflation and unpopularity, by bankrupting the country with printing money, had also simply become too much for Sunak. That was the fatal blow. Let us hope the next leader is less of a deranged populist. In the real world what is popular seldom overlaps with what is right.

We will skip the look backward, over his flawed career, skip the look forward over the seven dwarves, and fervently hope for a different set of economic policies by his successor. It sounds as if there is plenty of time for a long summer of speculation. The likely candidates are less than attractive, let us say.

Nor can I fathom a market response to a change of leader in London: bullish that it is over? Or could it be bearish as we don’t know what comes next, or indeed bearish in that it surely strengthens the opposition?

While we felt the Old Lady moved far earlier than others (late in 2021) because of UK fiscal laxity, we see no reason yet for them to back off their August rate hike. Politically it is hard to stop and start interest rate moves, while just repeating a previous measure in mid-summer will look innocuous. I suspect that’s true for September too, but that feels a long way off. And I do note, that as we predicted, the great spike in corn and wheat prices has taken just one growing season to unravel, as farmers react quickly, by adjusting cropping patterns, knocking out another justification for any more price rises.

A weak pound is also importing inflation, and the Bank has to make a stand somewhere, but 1.19 to the dollar feels too early, 1.09? Pressure will start.

We turn now to ‘Quality Growth’, an excellent conference and well presented with a dozen first rate managers from the US, UK, Europe presenting.

But it led me to ask about the underlying assumptions of the ‘Quality Growth’ model.

Firstly, there is the Santa Fe school, which speaks of the ultimate failure of nearly all quoted companies. This is the old ‘99% of the S&P 500 stocks contribute nothing to returns’ case. Allied to that is the Columbia (New York) mantra that some companies can beat the pack for ever, so the theory is find those “compounders” with their ‘deep moats’ and your investors will win for ever.

It was surprising how much of current fund management practice is wedded to those two assumptions. They look remarkably shaky to me, but if believed by enough of the industry, are likely to become self-fulfilling.

Which adds to another oddity: we know active managers seldom beat index investing. But this year should be showing the exact opposite. Passive long only funds are destroying wealth at a terrifying speed. So true active managers should do well too, but oddly (and absurdly) perhaps because of this “a few chosen winners” theory, they too seem to willingly forget about valuation.

You see these few companies are (after exhaustive analysis) the nailed-on winners, so if the market halves, they will still outperform – just hold on and they will come good, the fundamental long-term analysis says so. You will recognise Cathie Wood, Scottish Mortgage are, in some measure, exponents of this too.

What is not to like? Well, self-reinforcing buying propelling valuation is dangerous; ask the Woodward investors about that one. But we also get odd clusters (identified as the winners, or the winning group, or amongst which will be winners; choose your terminology, like Tesla or Palantir or Netflix), which cut loose from sane valuations, becoming for a while mere intellectual Ponzi schemes, moving only upward, fed by endless new money.

And every time ‘buying the dip’ gets burnt, there is less fuel for the next attempt, and less appetite to try.

Too narrow a view?

I am not wholly convinced by the ‘only a few stocks matter’ theory; for a start, you have to be very lucky with your baseline, even if you can spot the gems.

But even less do I believe that you can really thread the needle to identify the great companies, and secretly buy them, without shifting their prices and then hold them, in public portfolios. If you are right (and success requires you to be right) then everyone else piles in, and valuations simply become a function of overall liquidity.

The belief that having found them, you can leave them in your portfolio for decades, feels somewhat quaint. There are some giants that do perform year on year, but we all know of plenty of giants that rise and stumble (see above), and many that have multi-year slumbers (most oil and bank stocks).

Given the structure of the market, now may be the perfect time to buy Quality Growth, but that bigger question about rates and inflation trumps all. And investing, we know, is about fashion, that’s why momentum (usually) works.

I do like some of these funds, and respect their hard-working managers, but feel investing needs a hybrid approach, quality, yes, growth yes, but critically valuation and momentum too.

It seems like public policy has also increasingly drifted in the direction of this “picking winners” theory and backing what are believed to be high yield, clean, desirable industries, rather irrespective of their viability.

Once you accept fund managers can spot these, you perhaps accept governments can also nurture them and scatter tax breaks around them. This will, at the same time, destroy the rest of the commercial ecosystem, in part, oddly to fund the hoped for predictable and desirable elite. Look at what Tesla (again) has done, extensively subsidised by exchequers round the world.

Does real life work like that? I doubt it – but investing theory has clearly now tainted public policy too.