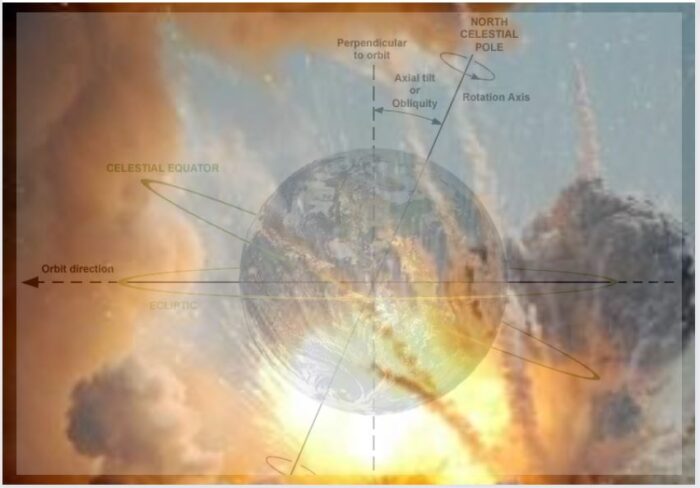 Two big market forces are at work just now, one is rotation out of the low interest rate winners, to wherever we go next, the other might be something more spectacular.

Enough of the market still sits in the “don’t know” category, to make everyone uneasy. The VIX is high.

So, what would cause the more explosive outcome? Traditionally higher rates divert more of the profits of indebted companies to banks and bondholders, so the theory goes, reducing dividends. Or at the more extreme level, this also makes refinancing debt harder.

This comes with a ‘second order’ impact, in that consumers or buyers also shovel more towards the banks, less towards the producers.

But none of this seems remotely likely yet, the world is awash with cash, and savings levels and interest rates have barely stirred from their COVID slumber.

Markets seem to be just talking about normalising, not slamming the brakes on.

Will we grow regardless of inflation?

The other big risk would be a failure of non-inflationary growth, which also seems unlikely. There are few practical signs of governments enacting the type of supply side restraint needed, we know. We still look for some self-restraint on how much governments seize in taxation; with high inflation taxes should be being cut, or thresholds systematically raised, but that’s also not happening.

The ‘idiot populace’ as curated by the media, constantly wants more supply side restrictions, greater consumption and lower prices, as if this was all somehow available; it is not. The worry here is that governments having messed up the big issues, give way to yet more populist demands for the impossible. At the same time, markets are also getting a little less keen to finance such nonsense or, being markets, raising the price at which they do so.

Well, all that is possibly true and has been happening for a while, but the old theory was that innovation was too fleet footed for any of that stuff to matter much. This is getting a bit tired, but broadly still seems to hold.

What if Ukraine does erupt?

So, the third detonator is in Vlad’s hands. Is a reverse Barbarossa coming down an autobahn near you? Well let’s assume yes, because he’s finally lost it. It is still fairly clear that if he steps onto NATO territory his army is in trouble, US and NATO airpower will rapidly outgun him. So, I discount that. But perhaps Ukraine does indeed end up like Belarus. China will support Putin, so the UN is irrelevant.

Then what? Well, a nation the size of Spain gets locked out of European commerce. Not important. Defence spend goes up? Well, some would say ‘about time’. Germany can decide to burn coal or nuclear or freeze, see previous answer. Come to that, so can we.

Given Russian gas must go somewhere, a bit like Iranian oil, it probably goes to China, which then trades it or cuts back its own Far East imports. Gas as we all know, can’t be stored for any useful length of time. Russia needs the earnings from it, so it will emerge on the market somewhere, at pretty much the current price.

It will be messy, it will create hard choices, but Russia is well on its way to autarky already, it can certainly live without dollars. Is this really a detonator? On its own, I doubt it.

Where is the rotation?

So, we still conclude all this market reaction is rotation, and it is out of overpriced US equities, where Biden created the biggest inflation bubble by far, and where interest rates are rising faster than elsewhere in the OECD. Hence, we see the hazard as mainly still on Wall Street, and to a lesser degree to the US economy. We’re looking at rising rates, a strong dollar, increased detachment from the global economy, and none of it helps earnings, but nothing is catastrophic either. The US (unlike the UK) wisely seized the chance to be energy independent.

But even so, we are not yet that concerned, valuations in the US are still extreme, as many sets of earnings seem to show, once the market looks at forward guidance, it shudders, and prices fall. A lot of built-in growth is needed to get price earnings ratios back down to earth, and that’s what’s being hit just now. To use a forty or fifty times earnings multiple, needs a lot of confidence about the future. That stretched temporal certainty is now lacking.

This is not that unusual for a rotation, but in that case, markets will bounce, and that will suddenly move a lot of funds off the side lines and back in. Where is that process now? Well going back to the Jan 27th low is causing some excitement. But we are not sure even that’s a disaster. Overall, the taking out of that and the October 2021 S&P low, won’t be fun, but the market still had a heck of a run up last year.

Have a look at where our MonograM investment model allocates funds based on momentum, over the last three decades, the US is absent for significant stretches. We rebalance monthly, the next one will be most interesting.

And inevitably, we do feel cautious too, but it is about levels, not wipe outs. Rotation not detonation.