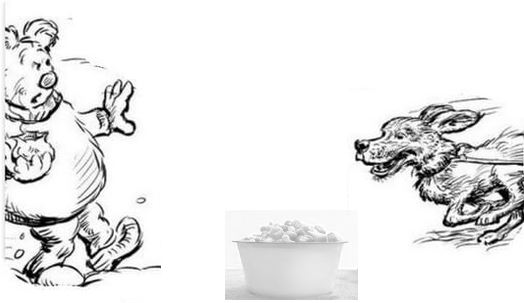 International interest rates – what a dog’s dinner! But perhaps also a wake-up call: this is real life – governing for your social media feed does not work. We take a glance, too at the property market.

Our view has long been that we need rates at 5% to make a dent in labour inflation, both in the UK and US. It looks like the Fed (to our surprise) finally agreed. But with that comes a risk of overshoot, driven by the timing of the US mid-term elections. Powell, perhaps rather more attuned to politics than his banker colleagues, was keen to drop the bombshell early, rather than on 2nd November, right on top of the mid-term elections. So, I think the Fed’s now done with giant rises. Future rises may be less and spaced out, and quite possibly not that many.

One of the most chilling sections in Powell’s press conference was when asked about the global implications: yes, he assured us, he quite often takes tea with international colleagues. That was it. This time round the US is happy to crash through the global economy without a care in the world.

It seems Bailey of the Bank failed to get the memo, because oblivious to the soaring dollar, he stuck to plodding domestic rate rises, as if Leviathan was not bursting forth from the deep. Lifting rates by 0.5% when the dollar lifted 0.75% the day before felt like a joke. And if Bailey could not see that, the markets could: UK two-year gilts abruptly repriced to US rates.

But sterling is still hobbled by UK rates at 2.25% – too low. By trying to be clever on the rate rise, Bailey has simply let the short sellers in. As the chart below shows, having already hit the renminbi and the yen, it was obvious who was next. Sterling is a small but liquid currency block, with no allies – so it typically pays more to borrow. The markets just needed the signal.

From : this site’s fine moving graphs

I doubt all that volatility really makes much difference to the real economy. Indeed, the Bank has now braced sterling nicely. As for the pension schemes, the FCA (Bailey’s last top job) created the foible of pensions being forced to hold loads of so called “risk free” assets to prop up UK government borrowing. A most amusing idea, always going to blow up one day.

Not that sure even 4.5% rates will slow wage inflation up. But we will know soon enough, after all the destination was to us never in doubt, just the arrival time. I still see the strain of rates rising to (say) 8% as too much for the electorate in either the US (the leader) or the UK (who follow).

Nor do I consider either the US or UK end rates to be high enough to cause a severe recession, although clearly, they will have an impact on asset prices, and in the end, labour markets.

So, I conclude this is more a market event than an economic one. And surprisingly it is all in bonds (and therefore currencies).

Investors will hang back until they see those settle down and that could take the rest of the year. So, although everything is perhaps cheap, the VIX will keep many on the side-lines.

So, to property.  Well, we got this one wrong. Partly we failed to see Ukraine becoming a big war, but one with no quick winner. This triggered European (in particular) energy inflation. Partly we therefore saw interest rate rises staying in single figures, which is not what some REIT prices imply.

Not that we have changed our longer term “4&4” view on interest rates and inflation, (so higher for longer) but other investors and markets clearly have. You can’t fight the tape.

In general, outside the warehouse sector, real estate companies (unlike say Private Equity) had already taken the hit to values, their balance sheets showed the new world, backed by real deals. So, adding a second discount does seem odd.

Gearing levels are not high, and debt maturities well extended, and interest (still) well covered. Maybe private markets are worse, but it is not clear why that contagion spreads into quoted ones. If there is a blow up, it is not obviously in public markets or mainstream lending.

But if quoted markets are right, what of residential markets?

Well logically as they are still going up, do residential prices now have a big drop built in, which is yet to happen? The price of mortgage banks, home builders and builders’ merchants all say ‘yes’. But how will it happen? It is not a big sector in UK public markets, but the odd couple that do exist (Mountview, Grainger) have also taken a hammering. They have some debt and are rental specialists (of various types).

Do I believe that? Anymore than talk of imminent dollar sterling parity and 8% base rates? Frankly no. Stagnate, chop around, go sideways, blow the froth off. Sure. Collapse; is wishful thinking.

After Armageddon I fully expect to see a plucky estate agent emerge from the ruins, justifying an offer above the asking price for the debris, with potential (but may need planning consents).

So, if true, that means despite a hair-raising ride, those mortgage banks and residential owners will in time emerge resilient.

Sadly, for many, that also suggests, without forced sellers from the buy to let market (where there will be a few), the stock of housing units won’t change and therefore nor will rents. Housing stock is very lagged and current moves will only close the pipeline two years out. Only mass unemployment hits rents, and if this is a market event, not an economic one, it won’t change, because structural unemployment is not the issue. Indeed, we are at record low unemployment levels.

A market tremor created in Washington, was transmitted to the UK, and is now rippling round the world; either currencies hold their interest rate differential with the dollar, or get crushed.

Old news; it is odd isn’t it, how so many clever people failed to read the memo?