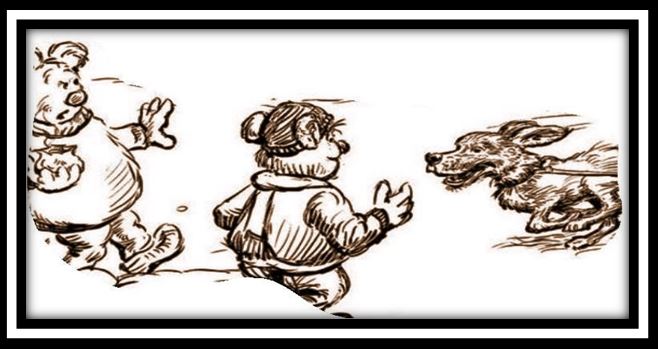 Staying on the sidelines till Burns Night still remains rather attractive. Christmas as ever brings thin trading, a lot of speculation and some brutal repression or natural disaster, in a far-off land. Although these days ‘far off’ could include Lille or Llandudno, both pleasantly calm and now even sounding a bit exotic.

But for all the noise, has the investing world really shifted? We did kind of have a Santa Claus rally, but with COVID about, he got shoved back up the chimney pretty fast. Meanwhile Powell was transformed into Scrooge with the terrifying thought that in a massive boom, with high inflation, perhaps he didn’t need to be reinvesting maturing state-owned bonds?

What we see is confusing data, a fair bit of economic damage from Omicron, some people not wanting to be ill, but mostly from a Pavlovian reaction to the very idea of COVID the Sequel. Fortunately like most sequels it was a pale imitation, we knew the cast, guessed the plot, will leave the show early.

Inflation – where have we got to?

Peter Sellers in The Pink Panther films asks an innkeeper if his dog bites; having been assured it did not, the dog snarled and bit him. On remonstrating he was kindly informed “that is not my dog”.

Well clearly Powell, Biden and a few other innumerate players wish to tell us the same about inflation.

Sadly, and transparently, it is their dog, and equally clearly it will bite.

There is an econometrics game of saying there is no inflation (except in; used cars, housing, fuel, take your pick really). That is like selecting the first brick to burst in a failing dam, and saying that the structure was fine, except for this one defective brick.

Therefore, the first sign that (finally) the ‘just a blip’ inflation nonsense has been retired must be good news. This comes along with some evidence that sensible Democrats (well at least one) have spotted that more money for less work in order to buy fewer goods, is probably not actually helping poor American families.

We will sort out energy prices, if governments are sensible. So, if, like President Xi, we do bring back a bit of stand by coal capacity, for next winter’s peak. There is plenty of coal around. We have not been too short of wind around here either, of late, the UK also has a good number of salt caverns, which we can (as we used to) stuff with gas, rather than believe the idiots in the Government who felt it was too expensive to have cheap summer gas on stand buy. While at 80 USD even the Saudis will pump more, the Permian certainly will.

So that just needs a bit more planning, a bit less spurious forecasting to within three decimal places, a bit more building in a margin for error, whilst hopefully all the Whitehall types who claimed they were fostering ‘competition’ and could ‘cap’ prices of a global commodity, get moved on (or better out).

It is still next winter’s answer, none of this will help this year much. Most capacity for the next two months is sold.

So, what will Powell do next?

All of this leaves us with massive liquidity, poor labour market participation, excess demand and the normal reaction to all that: inflation picking up and negative real yields slowly being eradicated. What is not to like? Demand plus capacity usually equals growth.

While Powell may have failed to grasp the intricacies of inflation, I am not expecting him to suddenly declare his job done on minority employment rates, with such a poor participation level. So, I expect he will keep trying on that. Which suggests he’s not going to over-indulge in rate rises. Hence the idea the Fed will look at other ways to soak up liquidity, is quite logical.

At this stage of tightening, we don’t find most bonds attractive, but recent history suggests that if the US 10-year bond gets closer to 2%, it attracts foreign money, unless Euro base rates also rise, which still seems unlikely. More buyers will of course push the yield back down.

While China is both cutting rates and provoking some hefty defaults, which is not a great background for foreign investment, especially as they seem to be targeting offshore investors. Without knowing whether the US interest rate tops out at 2% or 4%, emerging market debt (like their equities) could be either cheap or expensive; just now it is very hard to gauge.

So cautiously we plough on – funds must be invested, the (as of now) attractive alternatives, all look pretty expensive or rather risky, while if rates really do start to rise, the dollar will itself become desirable. So, we expect something, some asset, will suddenly catch a bid and soar away. Outside the US mega cap tech stocks, value already abounds.

Overall, a return to normality. With rather fewer gifts from Lapland to be had just for asking; all of this should be quite encouraging.

While it looks like sterling has strengthened for now, the various tin pot media storms have led to the Prime Minister’s critics looking into the abyss and not liking the view very much.

It may look bad to bend some rules, but dropping a Prime Minister for disliking Theresa May’s taste in wallpaper, or treating staff like human beings, or because Liz Truss is ambitious? Not really.

MCM had a good 2021, in our global lower volatility space. The CityWire link to our subsector is here.

(article illustration by Martin Speed, creator of the Woofle bears)